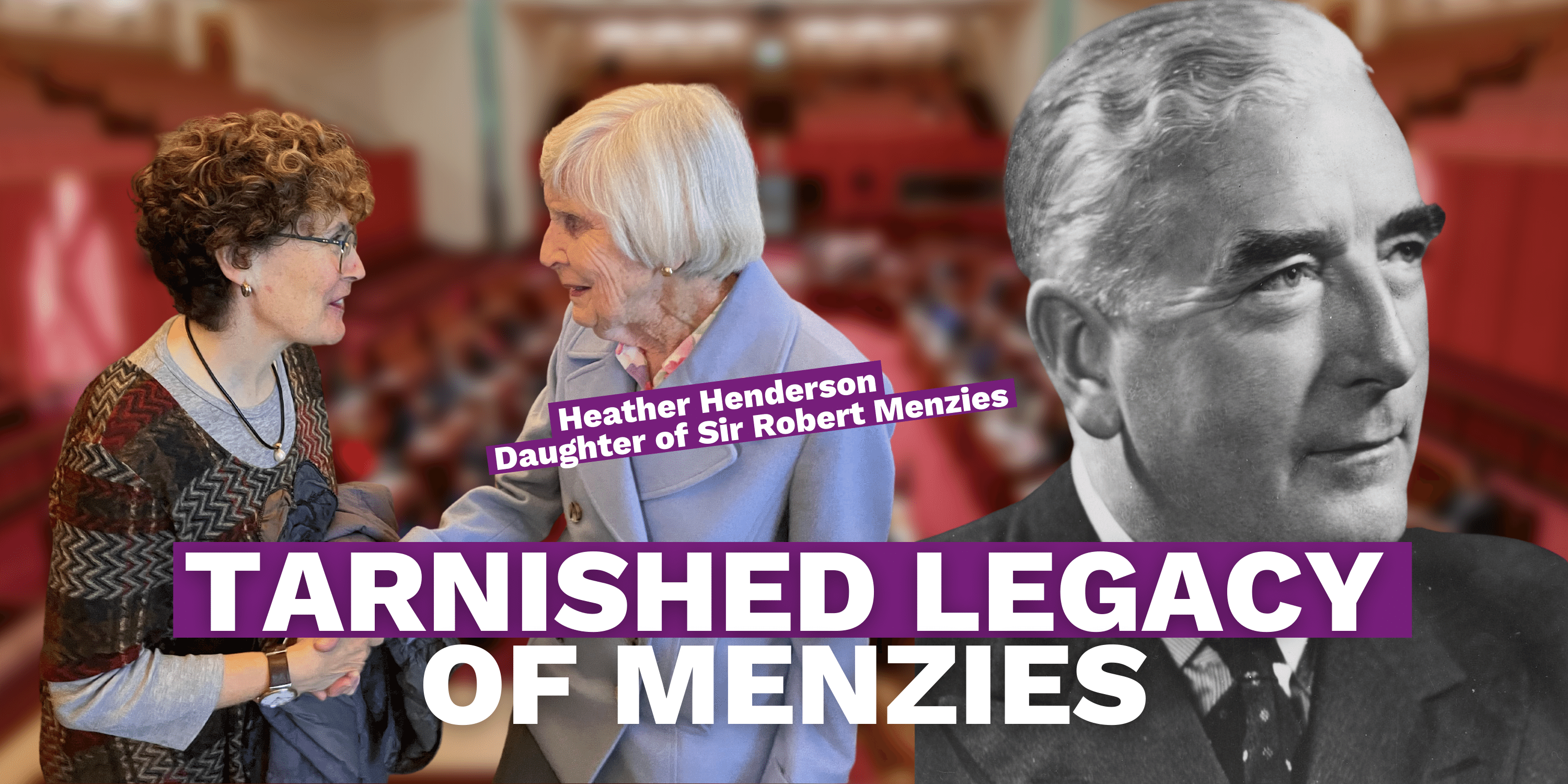 The Tarnished Legacy of Menzies

The Liberal Party, in power for the past decade, once stood for integrity in Government, a commitment to the legacy of its greatest leader, Sir Robert Menzies.

Don’t take my word for it, take the word of former Liberal leader John Howard, second only to Menzies as Australia’s longest serving PM.

In a speech in 1996, Howard declared: “The fact is that the Menzies era provided good government of integrity… He refused to compromise on the need for honest and competent\administration and the accountability of the government.”

Praising the example Menzies had set, Howard continued: “Our clearest guiding principle will be to stay true to what we have always been – a political movement owned by no special interests, defending no special privileges and accountable only to the Australian people.”

Sadly, the erosion of integrity in politics – hastened by the conduct of Morrison Government - has shown that the guiding principles of Menzies have largely been abandoned.

The reality is that successive governments have eroded the democratic principles of accountability and transparency.

It's sad for our nation that Sir Robert's successors have drifted so far from his vision – and it's time for a change.

Rorting, vested interests and secrecy have dominated our political landscape over recent times, with the community having diminishing trust in those in power.

The Morrison Government has trampled on the remnants of the proud legacy of Sir Robert Menzies.

As a law professor who studied at Harvard as a Menzies Fellow, a human rights activist and an advisor to both major parties, I believe I am uniquely placed to help end the rot and restore integrity in Government.

The Senate is the house of review, where scrutinising Government activity is core to its role. Sitting on the crossbench, my role will be crucial as no matter who wins Government at the next election, no major party will have a majority in the Senate.

Every piece of legislation will have to go through the crossbench, and at the moment the only ones sitting on it will be Jacqui Lambie and One Nation. My election will be key to keeping the government to account, no matter who forms the new government.

Read my piece in the Canberra Times on Menzies’ legacy and Government accountability.