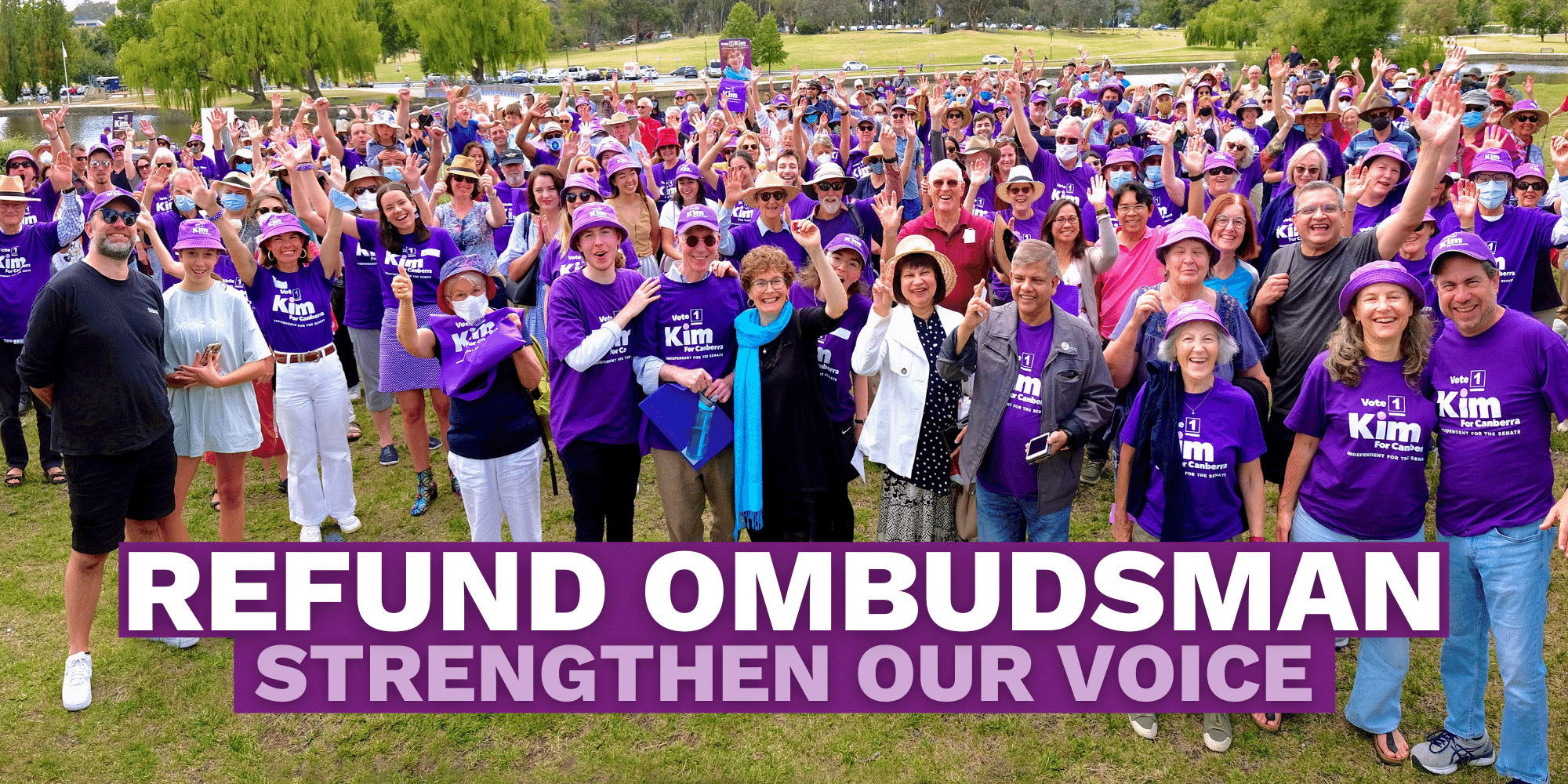 Refund the Ombudsman | Strengthen Our Voice

Central to a liberal democracy is ensuring the power of the State over the people is kept in check.

A healthy democracy is one where there is no overreach of state power over individuals. One of the ways to balance these powers is to give the people a strong voice if they need to stand up to the Government.

That is where the Office of the Ombudsman is relevant - another independent apolitical body set up in 1976.

This office was established to deal with individual complaints made against the Government, giving a voice to the people and power if they ever feel wronged by Government action.

Following the Swedish Model, the office of the Ombudsman has traditionally been a key pillar in ensuring good governance and keeping a strong check on the exercise of government power.

Like all the important pillars of integrity in Government, this vital office has been hollowed out, undervalued, denigrated and starved of proper funding.

The office of the Ombudsman has received cut after cut under successive Governments. In the most recent budget tabled by the Morrison Government, the Commonwealth Ombudsman funding was cut from $47.7 million in 2022-23 to $41.9 million in 2025-26. This will further starve a body that is already emaciated.

This clearly is an example of the Government further hobbling the accountability of its actions.

How to fix the Office of the Ombudsman

The key to restoring the vital role of the Ombudsman is to restore funding and resourcing to the appropriate amount - ensuring the office has the means to properly represent the voices of the people against Government wrongdoing.

Dr Catherine Williams, the Research Director of The Centre for Public Integrity, suggested that “funding for accountability and integrity bodies must be made independent of the normal budget processes, to avoid government interference.”

An Independent funding tribunal could be an appropriate measure to make sure the Commonwealth Ombudsman is properly funded and resourced, and to make sure that the Government does not interfere with the scrutiny of its own actions.