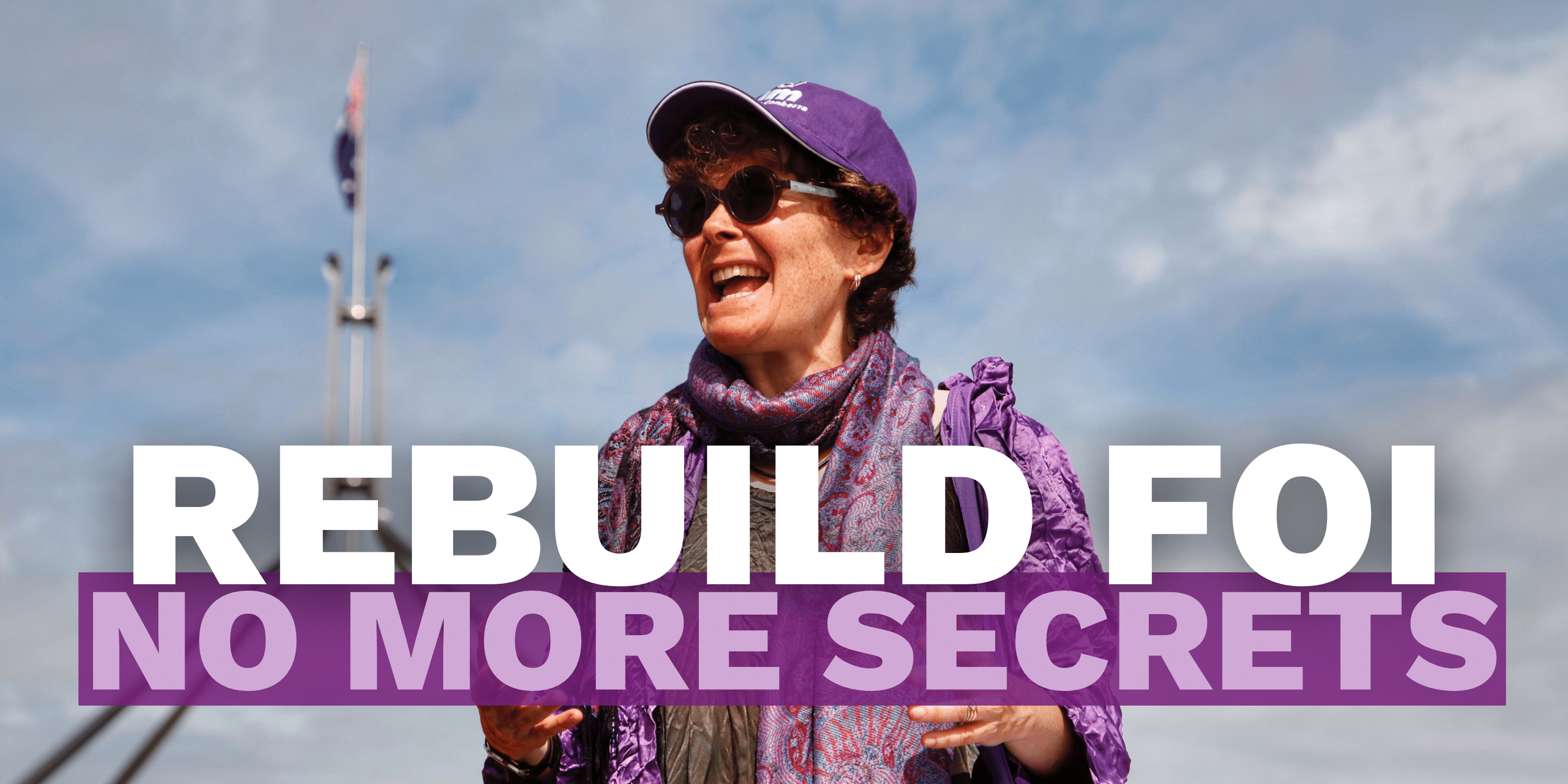 When it comes to Government integrity - transparency in decision making is crucial. That is why the Freedom Of Information Act of 1982 was introduced, to give everybody the right to access Government Information.

FOI has always been a passion of mine - from when I was a consultant on the Australian Law Reform Commission’s review of the federal Freedom of Information Act in 1995, almost thirty years ago.

The FOI system was set up to build trust with the people. If the Government is not hiding anything, the people can safely believe that their Government is being honest and has their best interests at heart.

FOI is a crucial cog in our society, functioning “to protect the most vulnerable, inform us about what is being done in our name and hold governments accountable to the people they serve.”

FOI has been severely diminished under successive Governments.

The Morrison Government has eroded our FOI system to an alarming degree.

A review done by the Grata Fund in August of 2021 found that the FOI system in Australia is broken.

This is as a direct result of an inordinate number of FOI requests being rejected on spurious grounds and with unreasonable and unlawful delays that often render the sought-after material irrelevant.  The government has inappropriately overused FOI exemptions and excessive redactions.

This egregious behaviour has escalated in the past few years.

The Prime Minister's office continually failed to meet lawful deadlines on a majority of FOI requests.

There has been a steady decline in FOI requests granted and an increase in outright rejections:

Delays have become increasingly common with only 77% of FOI requests being processed in the lawful timeframe.

Section 25A of the FOI Act (1982) allows an agency to refuse a request without even looking at the documents. The reliance on this section almost tripled in the last few years, from 10% to 30%.

Shockingly, in March 2022, an FOI commissioner was appointed for the first time in seven years.

All this speaks to a structural and cultural problem, where FOI has been severely undervalued.

How to fix FOI

One of the ways to improve the functioning of our FOI system is to properly fund and resource it. Restoring adequate funding to the public service would ensure proper handling of FOI requests and is essential to fixing our FOI system.

There also should be flexibility when it comes to providing access to Government information; FOI shouldn’t be the only mechanism. There should be administrative access to ease the load on FOI processing.

To increase transparency, there needs to be independent oversight of the administration of FOI. Independence is key so that vested interests aren’t blocking access to important government information.

Moreover, this cultural shift should lead to more proactive publication of Government information. Governments shouldn’t have to make people process FOI requests and put strain on the system, but rather have information readily available.

From an Individual standpoint, ministers should share prepared versions of their appointments diary that can be published through their websites regularly.

Freedom of information and democracy: A return to the basics