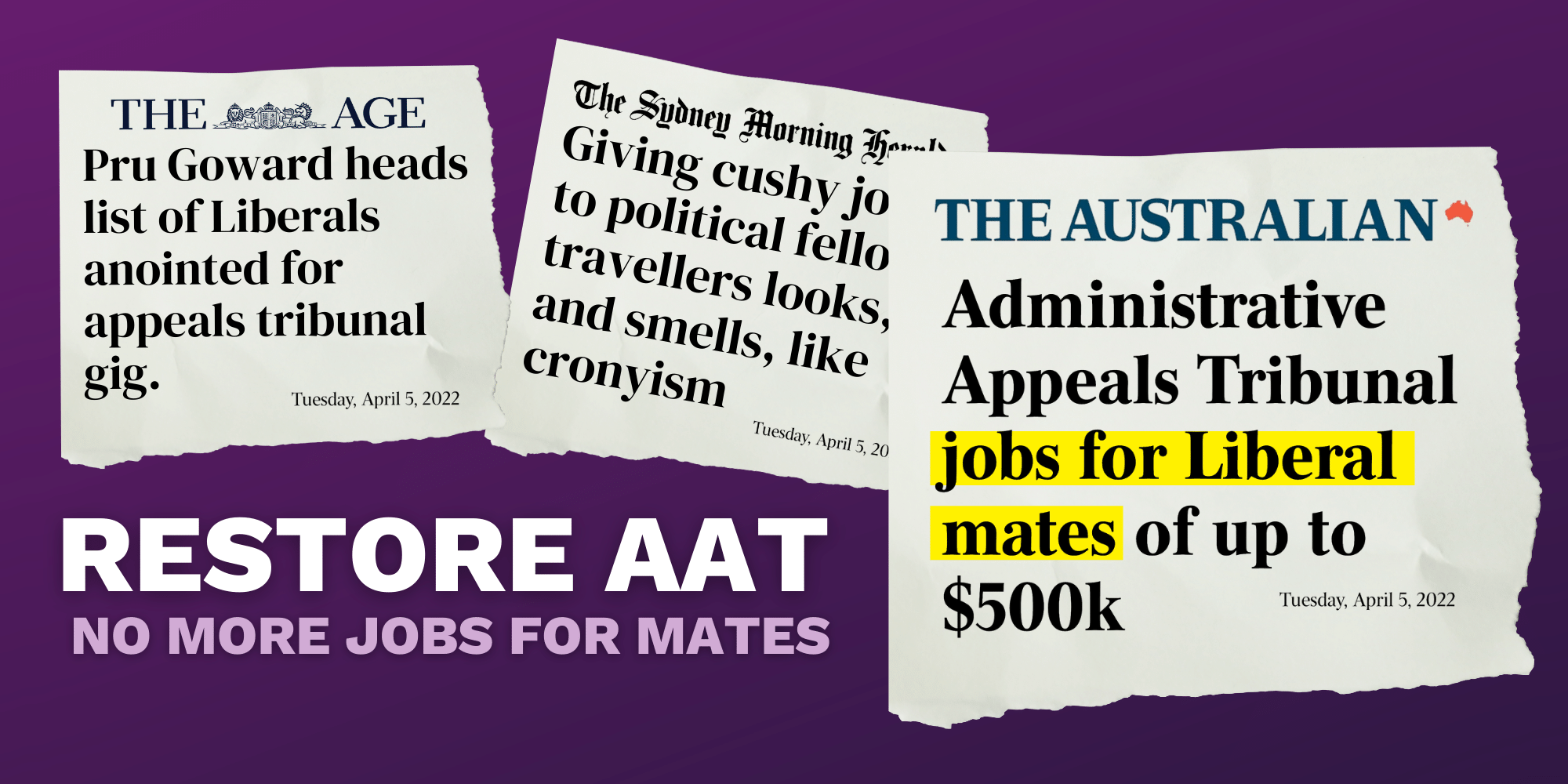 At every election, citizens have the right to review the performance of politicians and choose to vote them in or out. We need accountability and review measures that scrutinise Government activity between elections.

That’s why in 1975, the Administrative Appeals Tribunal (AAT) was set-up. It was designed as an independent body to review and scrutinise Government decision making.

This apolitical body gave Australians a framework to ensure Government decisions were being made in the interests of the entire community - not in self-interest.

Having this body is essential. We need a watchdog making sure that the Government doesn’t act in inappropriate or partisan ways.

To maintain its efficiency, effectiveness and independence, the AAT must be independent from the Government and the public must perceive it as independent.

However, over recent years we have seen this important tribunal stacked with former politicians, party members and political advisers. Instead of qualified and independent members, political mateship has become a leading selection criterion.

This goes against the very principles of the AAT, severely weakening accountability.

Stacking the AAT with political appointments has been a tactic employed by successive Governments and was again on show only in April 2022, just before the election was called.

In order to rebuild the pillars of integrity for our Government, we need to fix the AAT.

How to fix the AAT

The first of these is that it is essential that AAT appointments, re-appointments or renewals must be appropriately qualified, including for Senior Members, being admitted to a Supreme Court of a State or Territory or the High Court of Australia.

Having the legal skills to deal with issues relating to the AAT is a crucial step in ensuring independent and strong accountability of government.

This sentiment was taken into Parliament in 2021 by Independent Senator Rex Patrick when he moved an amendment to the Courts and Tribunals Legislation Amendment (2021 Measures No. 1) Bill 2021 calling for such reform. 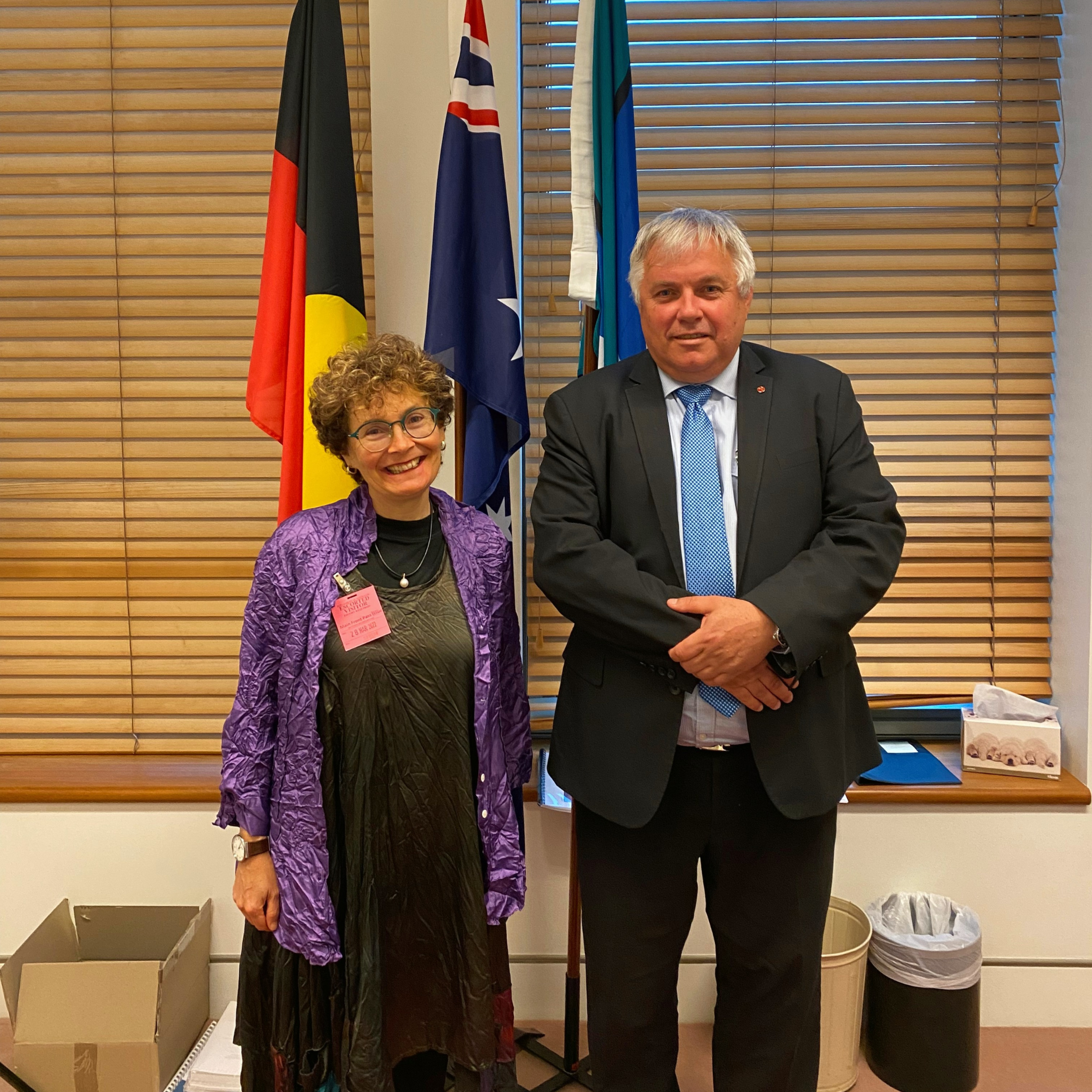 Not only do we need better qualified members on the AAT, but Callinan suggested we need “further appointments of, preferably, full-time, appropriately legally qualified, Members.” The workload is immense, and the AAT needs more resourcing to ensure it appropriately deals with its workload.

This increased workload should be handled by extra-staff, rather than what is happening with third party contractors being tasked with the work of registry staff. Callinan strongly condemned the use of external consultants to assist with administration.

With these changes we could start to shift the culture that as Callinan stated has seen “the elevation of the bipartisan practice of political appointments to the Tribunal to what became, in effect, an employment service for failed Coalition MPs and staff.”

It is wholly unacceptable for such a body to be politicised with the ultimate effect of eroded accountability of Government decision making and loss of trust by the people in its independence.

With a law degree from the University of Melbourne, and graduate law work as a Menzies Scholar to Harvard University, I fully understand the importance of having the legal skills when dealing with the complex intricacies of Government decision making and the need to ensure we have suitably qualified and independent members sitting on the AAT.

In 2018, the Hon Ian Callinan AC QC, former Justice of the High Court of Australia, completed a statutory review of the Administrative Appeals Tribunal (AAT) in accordance with section 4 of the Tribunals Amalgamation Act 2015. The report on the review was tabled before Parliament on 23 July 2019.

Courts and Tribunals Legislation Amendment (2021 Measures No. 1) Bill 2021 (Amendments to be moved by Senator Patrick, in committee of the whole)