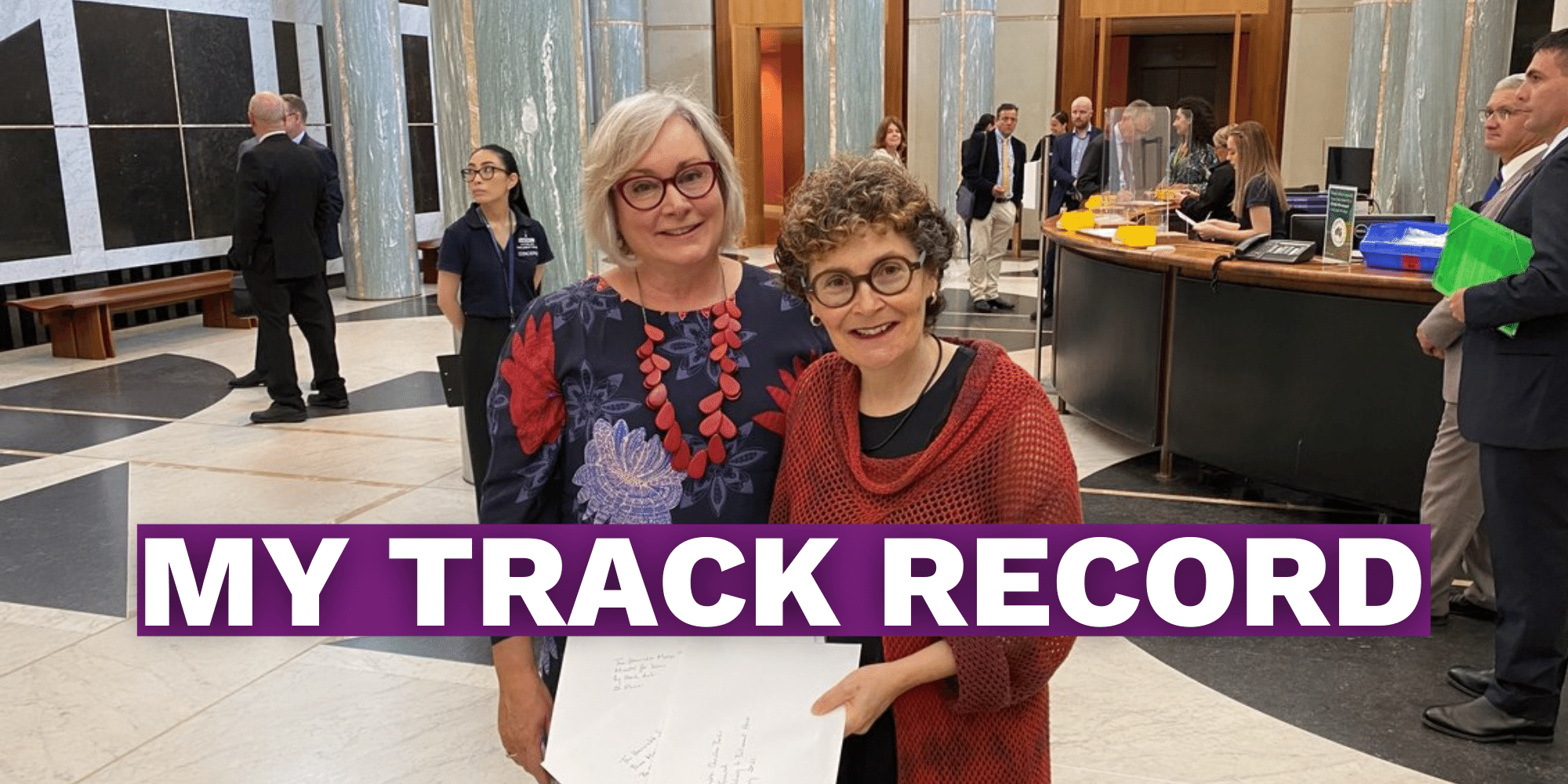 Gender equity has been an integral part of my professional life over more than 25 years and as a woman it has been something that has been central to me.

Growing up at PLC, I was given a belief that women could and should participate fully in every aspect of society.

Again at University with a cohort of equal numbers of women I developed skills that instilled in me the conviction that I would be equally able to succeed in anything I set my mind to.

But as I entered the workforce - I saw that this experience was not common for many women. Different roles were prescribed for women & gender discrimination was ubiquitous.

This inspired a lifetime's work keeping a keen focus on gender & creating a more equal and just society in all areas.

A few years later I led a public campaign to lobby for equal numbers of women participants in the lead up to the 1998 Constitutional Convention.

In 2011 I became the inaugural convenor of the ANU Gender Institute which developed my interest beyond the constitutional structures to gender policy more broadly.

Subsequently in 2012 I was honoured to be included in the Australian Financial Reviews inaugural 100 women of influence for my work in public policy.

In 2013 I was humbled to be awarded the inaugural Edna Ryan award for 'leading feminist changes in the public sphere'.

This approach to public policy with a focus on gender has only grown over time - leading me in  2020 to take up the role of Co-Director of the 50/50 by 2030 foundation - which is devoted to ensuring equal numbers of women across all public leadership roles.

Women’s Safety is a crucial aspect of my run to represent the ACT in the Senate. The disturbing events that happened within Parliament in 2021 brought front and centre the horrific treatment of women within Parliament and in broader Australian society. What a powerful moment it was when women from all around the country converged in protest to demand that ‘Enough is Enough.” In that moment of outrage, women across multiple generations caught a glimpse of hope for change, a reckoning that would lead to monumental reform, that women had been crying out for decades. It finally seemed that the time was now.

While the attention to these issues has alarmingly fallen off many politicians' radars - I am determined to harness that moment and make sure we enact meaningful and lasting change.

I believe that as a woman going into Parliament with the expertise I have gained over more than 25 years, I have the ability to make real contributions to ensuring lasting gender equality for all Australians.

Sitting on a crossbench that will have to review every piece of legislation that goes through the Senate, like my commitment to integrity, I am committed to ensuring all legislation is viewed from a perspective of gender equity and inclusion - to promote a truly egalitarian society.