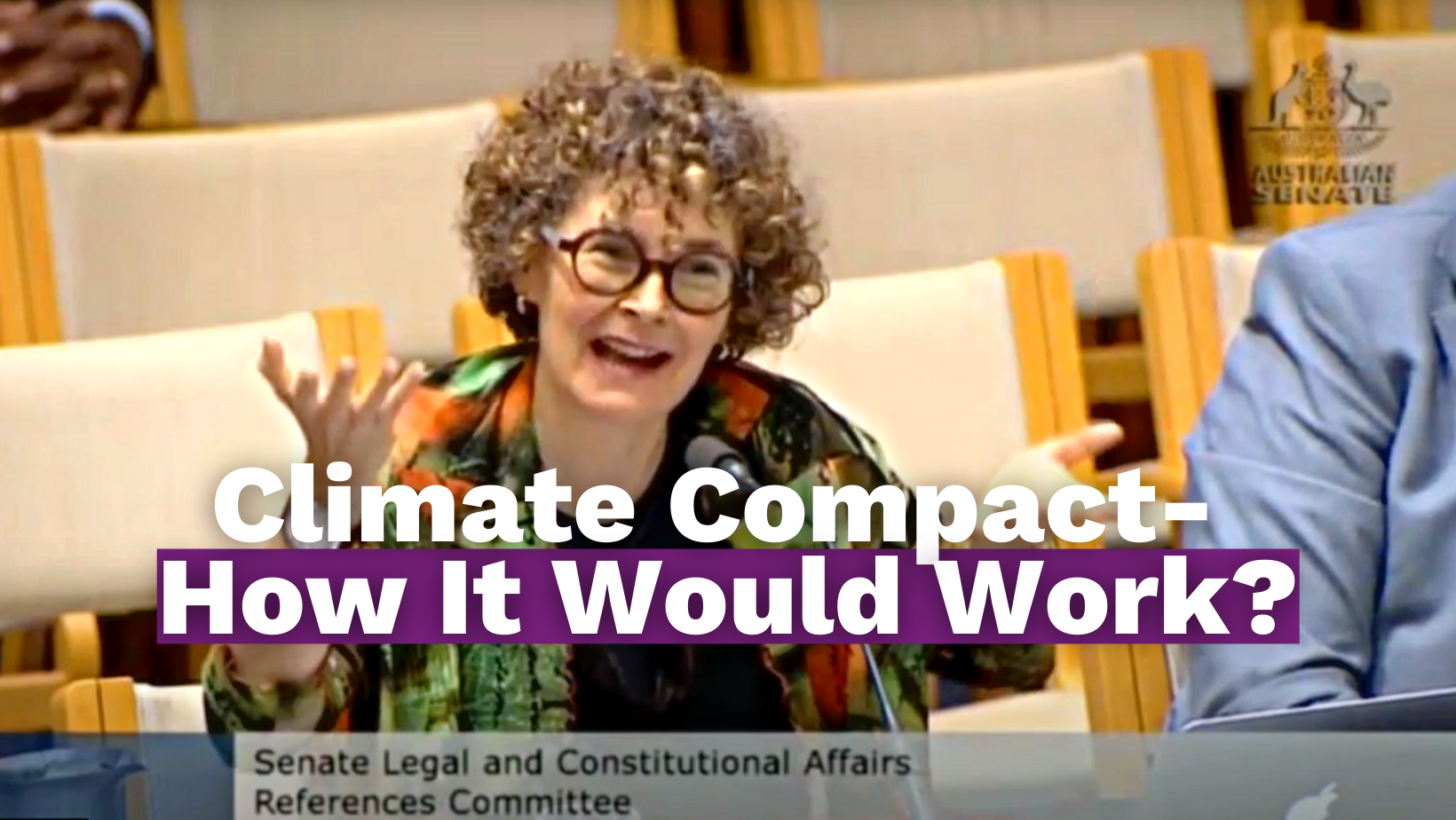 Climate Compact - How It Would Work

The objective of the Compact would be to convene stakeholders in a unifying process to negotiate a national strategy for delivering Australia’s fair contribution to holding global warming at 1.5℃. The strategy would be directed, at minimum, to achieving a 50% reduction on 2005 emissions by 2030, with every effort to achieve well above this within the technical and economic bounds of viability.

The urgency required in achieving deep reductions in emissions by 2030 demands that the compact resolve at least foundational issues in calendar 2022 so that consequential policy and funding is provisioned in the 2023-24 Budget.  Preparatory work on the Compact would need to commence within the first four weeks of the new Government, and the opening plenary convened within the first eight weeks.  Where the most intractable issues genuinely defy resolution under this timetable, they should be quarantined for resolution in negotiations to culminate in the 2024-25 Budget cycle.

The process would be convened under the authority of the Prime Minister who would convene the opening and closing sessions.  The negotiations proper would be led by a suitably qualified, fully independent eminent Australian supported by a team of specialist negotiators and secretariat commensurate to the task, engaging, as appropriate, the resources of the Climate Change Authority, Treasury, the energy and climate portfolios, and specialist consultants.

The identification of issues and structuring into negotiations will need to be developed in preparatory consultations with stakeholders and will need to encompass:

The negotiation process may need to be layered to reflect:

The Compact would build on the concept and evidence of civil society goodwill offered by the Australian Climate Roundtable in engaging a broad cross-section of the community that would include, but extend beyond, the membership of the Roundtable.  This should include First Australian representatives whose interests may be affected, for example, by colocation of wind and solar generation adjacent to ore deposits for the purpose of smelting at these locations. The Compact should also include representatives of those regional communities that will be most exposed to the transition to renewables, consumers, and communities or sectors of society that may be particularly vulnerable to the transition.  It should include representation from research, training and entrepreneurship. State and Territory governments and local government will need to be represented.  The objective should be to make the process as inclusive as possible while keeping it functional for the purpose at hand.